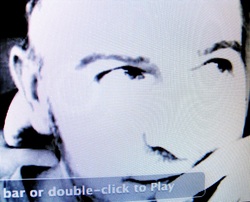 Born in Melbourne, Andrez Bergen is an expatriate Australian author, journalist, DJ, photographer and musician, who has been based in Tokyo, Japan, over the past eleven years.

One Hundred Years of Vicissitude is his second novel.

He also worked with anime director Mamoru Oshii and did a book of prose in collaboration with Polish photographer Tomek Sikora.

Bergen published his debut novel, the noir/sci-fi inclined Tobacco-Stained Mountain Goat, in 2011, through Another Sky Press. He is currently putting together an anthology of short stories (The Tobacco-Stained Sky), by himself and other writers and illustrators, relating to the dystopia of TSMG, and is working on two new novels called The Mercury Drinkers and Who is Killing the Great Capes of Heropa?

Bergen makes music and videos under aliases Little Nobody, Slam-Dunk Ninja, and Funk Gadget, he ran indie/experimental record label IF? for fourteen years, he creates the occasional comic, and he’s a self-professed amateur saké connoisseur.

Find out more at andrezbergenauthor