Behind the scenes of 100 Years @ Elizabeth A. White

"The novel was swayed as much by family (my late grandfather Les, my wife Yoko and my six-year-old daughter Cocoa figured significantly in its composition) as it is by my two ‘home’ towns of Tokyo and Melbourne.
Aside the essential story of identical twin geisha, war, death and saké, other things weighed in on the mix and I’ve decided to outline some of these here – as they deserve all the kudos they can get."

"I have ten days in which to finish off my second novel. Yep, March 31 is my self-imposed deadline to finish off a rambling, off-the-wall tale that looks like including in the mix the Graf Zeppelin, geisha, yakuza, nuclear weapons, B-29s, death, revenge, and a mystery." 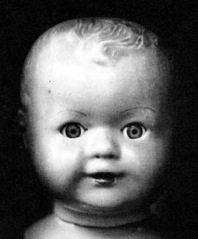 "There’s my old hometown Melbourne tucked away in there, a wink or three to Lewis Carroll and Raymond Chandler, brilliant old school directors like Akira Kurosawa and Seijun Suzuki, the late, great animator Satoshi Kon, 1940s jazz singer Shizuko Kasagi. I could go on and on here – there’s just so much in there, on some many levels. The identical twin geisha idea came from an article I read about identical twin Japanese centenarians, and I’ve researched a lot about Japanese history. Having lived in the country for eleven years, and particularly coming on the back of the Tōhoku earthquake last year, I felt I want to give something back – a long-winded homage, if you will."

"I just finished my second novel, which will be published through Perfect Edge Books in around October. It’s called One Hundred Years of Vicissitude, and tells the story of a centenarian, identical twin geisha and Japan itself, from 1929 on into the near future. That one’s more a self-reflection/redemption thing, and movies and cinema definitely take a distant back seat in proceedings... there’s a strong legacy of Japanese filmmakers like Akira Kurosawa, Satoshi Kon and Seijun Suzuki – but you don’t need to know their work to get into the story." 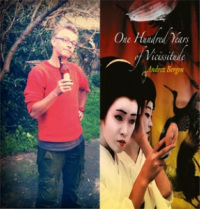 "I've been a Japanophile for years. In primary school I was wrapped up in anime like Gigantor and Osamu Tezuka's Kimba the White Lion, along with the live-action series The Samurai, which was hugely popular in Australia in the '60s and '70s—half the reason kids were lobbing about cardboard shuriken in the playground. The James Bond film You Only Live Twice (1967) was the clincher. Later on I got into the anime feature films of people like Mamoru Oshii, Katsuhiro Otomo, Hayao Miyazaki and Satoshi Kon, and discovered filmmakers Akira Kurosawa, Kinji Fukasaku and Seijun Suzuki. At the same time I was working with techno and electronic music and became a fan of Yellow Magic Orchestra, Co-Fusion, Fumiya Tanaka and DJ Krush. I could bore you for hours with this stuff."

"I'm currently working on the next novel which is titled One Hundred Years of Vicissitude... It's more focused on the past rather than the dystopian future TSMG trawled, from 1929 on, and a large part of it is based in Japan - where I've lived for the past 10 years. Hopefully it comes together the way it's cooking up in my over-worked noggin."

"The book was a free-wheeling entity almost from the moment of its inception. I originally was going to tell the story from the perspective of the vindictive identical twin geisha Kohana, and then briefly considered doing it from her sister’s side. I don’t remember how, exactly, Wolram E Deaps – the antagonist from my previous novel – got involved and took on narration duties.
At various stages I flirted with making it a depressed romance, a deconstruction of history and then straight-out noir. In the end, every separate chapter shaped itself and decided its own genre."

‘At the moment, I’m planning the next novel,’ Andrez replies. ‘I don’t know when it’s going to happen or how long it’s going to take, but it’s based in Japan and Australia, as well. The basic synopsis surrounds an identical twin Geisha who lives to be 100-years-old. The rest of the story I’m still working out.' 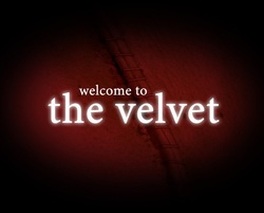 "I actually started on this one while entrenched in the editing process of TSMG, about three years ago, and then put it away to focus on the here and now.
I’m about 150 pages in, but the story keeps morphing and changing, and the end is being an elusive beastie. The basics? Identical twin geisha born on the first day of the Great Depression and live to be 100—but one of them loathes the other. Meanwhile, it’s narrated by Wolram E. Deaps, the antagonist from TSMG, whom we all know is dead. Thrown into the mix are zeppelins, A-bombs, 1940s Tokyo, '70s Melbourne, King Arthur, Red Riding Hood, and comic books. God, I hope it works. It sounds ridiculous."

"I’m currently pottering on my next novel, titled One Hundred Years of Vicissitude, with an apology to Gabriel Garcia Márquez. It’s still in the planning stage – here read a chaotic shamble of ideas – but it’s looking like the narrator is going to be Wolram E. Deaps, the antagonist from TSMG. Otherwise the two novels will share only a minor amount in terms of story, direction and style. I want One Hundred Years of Vicissitude to be a stand-alone piece." 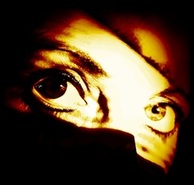 "I’m currently working on two projects: my next novel, and an anthology related to Tobacco-Stained Mountain Goat.
The novel is about an identical twin geisha who lives to be one hundred and harbours venomous feelings toward her sister. It’s narrated by a dead man and kicks off in Japan in 1929 — but looks like brushing up against Melbourne in the 1970s as well. These are just the basics. I’ve got no idea how the rest will develop."

Interview by The Six-Degree Conspiracy

"It helps that I love this city [Tokyo], and I’m always finding new fuel visually and mentally. There’s so much to discover here, and being a foreigner does give you an outsider’s perspective. Japan was a huge influence on my second novel One Hundred Years of Vicissitude, and I think you see its impact filtering through in Tobacco-Stained Mountain Goat as well. But most of TSMG was dreamed up in Melbourne – it just got the icing here."

" Back in 2007, as I did the preliminary work on this story, I chanced across a photo of two geisha, taken by another expat living in Japan - Julian Hebbrecht - and straight away contacted him, licensed the image and got permissions from all involved... I've always had a soft spot for dirigibles (one of the reasons I first dug steampunk and Hayao Miyazaki), and since in the novel there is the first visit to Tokyo by the Graf Zeppelin in 1929, and it reappears in a kind of dream sequence, I decided there should be some kind of homage here."